I will no longer be using Blogspot as my main art website. Please follow my work here:

Thank you!
Anna
Posted by Anna Rogers at 5:29 PM No comments: 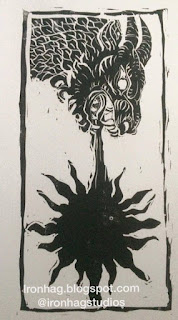 Last week I learned how much fun block printing is. I also have no less than approximately 2 billion b-movie horror art ideas concerning the upcoming eclipse, and completely beside myself with nerdy goblin glee over which spooky eclipse idea I should pursue next.

Posted by Anna Rogers at 4:15 PM No comments: 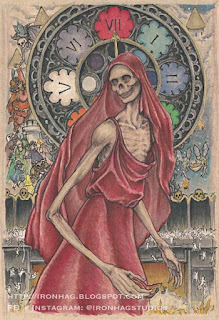 What started as an illustration sketch for "Masque of the Red Death" quickly took on a life of its own. Granted, there's been no shortage of disaster scenarios to serve as inspiration. 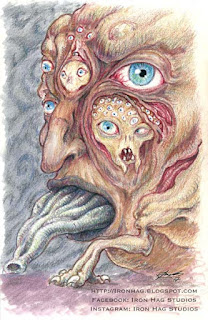 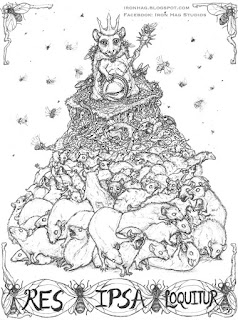 Copic multiliners on 9"x12" bristol board.
I feel like I've been drawing rats for three years. 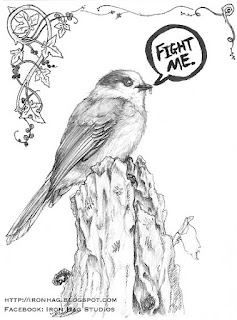 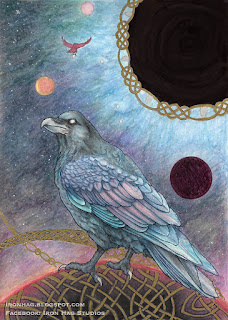 I recently joined the BirdWhisperers Project. Every month the Birb Council selects a photo (with permission) of a certain bird, and the group members do a piece based on the photo.

"Fight Bird" (Grey Jay/Whiskey Jack) was my December 2016 entry. The Whiskey Jack is a small bird that looks like it can, and will, fight everything, and pretty much summed up my feelings about 2016 in general.
Ink and graphite on 6"x8" mixed media paper

The common raven was selected as our first bird for 2017. Corvids are some of my favorite birds, based mostly on their willingness to prank and tr0ll other birds and spread general birb anarchy.
"Corvus" ("Space Bird")
Colored pencils, ink, Copic markers and metallic gold and silver paint pens on 9"x12" bristol. 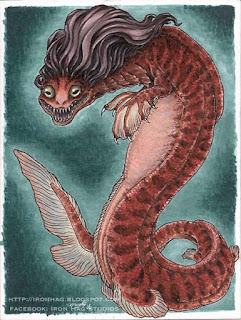 Red mermaid done in Copic markers on 6"x8" mixed media paper. May be the start of a mermaid series.

Posted by Anna Rogers at 2:49 PM No comments:

Anna Rogers
Hi, I'm Anna. I'm a freelance artist working primarily in folklore, horror, and fantasy illustration. Some pieces may be NSFW, as many of the monsters I draw tend to forgo clothing and morals.
Interested in commissioning me? Feel free to contact me at ironhag.studios@gmail.com
All artwork © Anna Rogers.